An excellent article by a young couple who have lived in both countries: 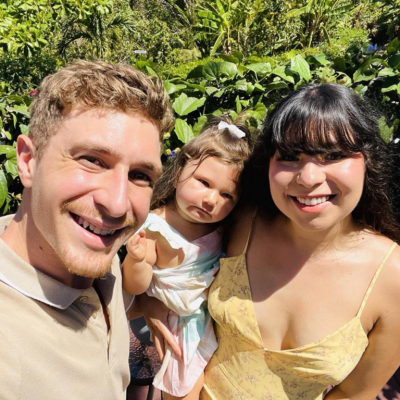 We’re Janelle & Clayton! Our mission is to help you travel worry-free with informative blogs about destinations from around the world. Sign up to get our best travel tips and free travel resources every month.

The biggest question all Expats around the world have is which country should we retire to; Costa Rica or Mexico?

We’ve lived in both countries for a long amount of time to judge for ourselves and have come to an honest conclusion. Both countries are fantastic options for living abroad depending on your particular needs.

Each country is filled with its own unique culture, weather, food, cost of living, and famous tourist attractions. Costa Rica and Mexico both have major downfalls that we will point out without mercy.

We’re not going to be nice so it’s time to show you the good, the bad, and the ugly. Let’s honestly compare and decide which country is better for living; Costa Rica vs Mexico.

You save a mass amount of money while living in Mexico. Other than electronics, everything is cheap in Mexico! Cheap homes, food, tours, clothes, gasoline, cars, and more. There are only 5 things cheaper in Costa Rica than in Mexico.

Even where we lived in Monterrey, the most expensive city in Mexico was extremely affordable due to the proximity of the United States. We paid less than $400 a month for rent, bought six bags worth of groceries for under $100, and used Uber as our mode of transportation for less than $3 or less to ride across the city.

In Costa Rica, everything is expensive. It’s the exact opposite of Mexico. Cars are double the price, gasoline is $5 per gallon, and living in Costa Rica is almost like living in the United States when it comes to prices.

Unless you want spiders and snakes in your home, you’ll have to pay between $700- $1,500 for rent, groceries are expensive so we shop at farmers markets and Pricesmart and still pay over $100 for just three bags of groceries, and Uber fares are $3 just to ride to the nearest bank.

Mexico is so much cheaper and we loved it! We never worried about money in Mexico, but in Costa Rica, we have to be extremely careful and only spend money on things we need.

Costa Rica is much safer than Mexico, especially since Costa Rica doesn’t even have a military. There is a problem with petty theft, especially when tourists are occupied at the beach or at some hot springs. If you don’t park your vehicle properly and pay, it can be broken into, especially Jaco, a popular beach town in Costa Rica.

Other than those incidents, nothing happens in Costa Rica. In fact, we lived in San Jose, the main city in Costa Rica, and there were zero issues with theft or sketchy situations. We always feel safe and regularly walk at night. We often see joggers, dog walkers, and drivers enjoying a nighttime stroll.

Mexico is widely known for its bloody cartel battles. The cartel fights for control over who smuggles drugs into the United States and makes the most money. We lived in China, Nuevo Leon for over a year and it’s a border town which means it’s extremely dangerous.

We’d often lock our doors at night because the cartel blocked the roads with stolen busses, trucks, and cars to catch unsuspecting drivers, steal their money and vehicle, and sometimes kill them on sight.

Near our town, people who betrayed the cartel would either be eaten alive by dogs, cut up into pieces and thrown into an acid barrel, set on fire while being hung, or have their hearts cut out of their chest. Afterward, the cartel posts these videos online for locals in Mexico to view so they won’t make the same mistake.

We have seen these videos and they’re beyond gruesome. Women and children even get shot if they’re caught in the crossfire of a battle. It’s an extremely sad situation, so it’s never safe to walk or drive late unless you’re living at an Expat location or safe neighborhoods in Mexico.

Although petty theft and robberies can still occur in Costa Rica, it’s not even close to the violence, shootings, and kidnappings that happen in Mexico.

Costa Rica is filled with rainforests and jungles that contain exotic flowers, animals, waterfalls, and volcanoes. Even the main city San Jose has extremely clean air! Cars in Costa Rica go through a rigorous inspection to ensure it’s not polluting the air more than it should.

Tourists are only allowed to stay in Costa Rica for 3 months (90 days) to prevent overcrowding and pollution. There are also restrictions on driving at night to reduce the amount of air pollution. Costa Rica takes its air quality to the next level and we appreciate it.

Mexico’s air is extremely polluted with little concern about the environment. When living in Monterrey or traveling to Mexico City, we could hardly see the buildings and the mountains due to the heavy pollution.

Factories pay off the police to let them pollute the air without any expensive filtration systems or restrictions so they can produce more products and make more money. It’s a very corrupt system and Mexico cares more about making money than their own environment. Locals in Mexico don’t support pollution, but it’s not always up to them.

Tourists are allowed to stay in Mexico for 6 months (180 days) which means more people, more resources used, and more pollution. Although we enjoyed the long amount of time allowed in Mexico, it harms the environment in the long run.

When it comes to air, Costa Rica is the clear winner in this battle due to its strict concern for the environment.

Mexico’s culture includes colorful fiestas, worldwide known holidays, and fun festivals. People from across the world travel to Mexico just to enjoy Dia de Los Muertos in October and the parades we saw in Oaxaca were incredible!

Even in small towns, Mexico hangs up colorful flags and hosts live concerts with mariachi bands to celebrate basically anything! Special vendors will travel around Mexico to sell unique items specifically for the festival.

On Birthdays, holidays, Christmas, and New Years’, they’re always piñatas being cracked with carne asada cooking on the grill. Locals drink and dance on the weekends without a care in the world.

Costa Rica also has plenty of holidays, but they’re not as fun or popular. The biggest holiday in Costa Rica is Semana Santa (Easter week or Holy week) which doesn’t host any exciting festivals. In fact, stores and restaurants close down for the weekend and each Catholic church in the towns will organize an event to celebrate the resurrection of Jesus Christ.

Other than that, locals travel to the beach during Semana Santa to spend time with their family. There’s nothing wrong with this holiday, but from a tourist’s perspective, there’s not much to do other than go to church or to the beach.

Mexico has incredibly colorful holidays packed with endless activities. There are hardly any large celebrations in Costa Rica and tourists visit Costa Rica for its nature, not its festivals.

In Costa Rica, the beaches are equally amazing, especially since it’s surrounded by lush jungles and wild monkeys. All beaches in Costa Rica are very clean, although to avoid any dangerous aquatic animals, it’s recommended to stick to the touristy beaches.

Mexico has jungles, deserts, mountains, beaches, plains, and volcanoes, but it still doesn’t compare to Costa Rica’s rainforest scene. No matter where we traveled within Mexico, it was always dry with yellow and brown grass surrounding pyramids or other tourist attractions.

Mexico’s beaches were stunning with crystal blue water and breathtaking sunsets. It’s only recommended to visit tourist beaches like Cancun since local beaches could be heavily polluted.

Resorts in Mexico are massive and impressive with easy access to food and drinks, but when it comes to nature, Costa Rica wins due to its clean air and its tropical rainforest.

Mexico surpasses Costa Rica’s food when it comes to variety and flavor. Mexico has the best tacos, sweet bread, and other flavored food in the world! Street food can be found all over the country which makes it easy to grab a quick bite.

The food in Mexico isn’t always the healthiest option, but every restaurant has multiple salsas, cheap desserts, a large variety of powerful alcohol, and restaurants stay open late at night

Costa Rica has much healthier food options, and every restaurant serves a large variety of fruit drinks, but the food is extremely expensive. Unless you dine at a high-end restaurant, it won’t compare to Mexico’s food. Also, restaurants close earlier in Costa Rica so if you’re hungry late at night, you better start searching the trees for some fruit.

Also, street food does not exist in Costa Rica! Once in our life, we found street food at the plaza in Alajuela that sold grilled chicken on a stick. To find food on the go, you must find a local soda that serves Gallo Pinto, but there’s zero variety since it’s always just rice and beans.

Ticos don’t like spicy food so their salsas are weak! We ask for their spiciest salsa, and it always tastes sweet. If you enjoy spicy food, bring your own bottle of salsa from the store, or learn to make it at home because it’ll be difficult to find in Costa Rica.

Mexico has some of the best salsas in the world along with street food, desserts, and overall affordable prices at restaurants that won’t destroy your wallet.

Costa Rica has the same weather year-round between 72 and 82 °F. There are only two seasons in Costa Rica; the dry season and the rainy season. National Geographic even named Atenas, Costa Rica as having the best weather in the world due to its near-perfect climate.

The days are warm and the nights are cool. Combined with a light breeze, fresh rain, and green trees surrounding every corner of the country, Costa Rica is a safe haven for those who dislike icy cold winters.

We lived in Mexico for over 3 years and it’s so hot! By the beaches, it’s extremely humid. States in Mexico like Guanajuato or Oaxaca had fantastic weather, but most of the state’s weather wasn’t the best.

Monterey, Mexico is on a whole new level. Their summers reach 120 °F and the winters can go below freezing! The weather was extremely bipolar in Monterrey, and with little trees and parks in many parts of Mexico, it takes more effort to go outside with extra pairs of clothes.

The weather in Costa Rica is unbeatable! It’s similar to the weather of Hawaii but with more tropical nature. Overall, Mexico is dry and hot with extremely flat landscapes.

Costa Rica and Mexico are both extremely unique countries that provide quality resources for travelers and Expats. Although both countries serve their purposes, we moved from Mexico to raise our family in Costa Rica.

For our lifestyle, Costa Rica was the perfect country to raise our children surrounded by nature and a safe environment. Even so, it’s so expensive in Costa Rica that we often miss the amazing affordability in Mexico.

For some people, they’d rather live like kings with plenty of money in Mexico, and others are okay with sacrificing their money to live in a jungle paradise. We wish we had both, but you must decide what fits your lifestyle.

We didn’t sugarcoat a single detail so we hope you enjoyed this honest comparison of Costa Rica and Mexico. Good luck with your move and let us know which country stole your heart! ♥ Fun and Popular Bl